LIFE ON THE INSIDE

I doubt that there is a person out there currently, who would say that 2020 hasn’t been unique. One for the history books even- and it’s true. 2020 has presented itself with few highs and many lows. I had high expectations for 2020. Annie Hobbs and I had big dreams for the year. We had registered and had been accepted to multiple comic-cons (doubling our previous years outings), discussed. new products expanded ranges, and of course assumed many many shared trips to The Happiest Place on Earth.  Then March hit and it became very apparent that all those best laid plans were out the window.

The first few months of quarantine were tense. Although 80% of my life is spent in my home (and my little introvert heart is happy for it) sheltering in place has been a roller coaster. The first few months were best described as “aimless” being creative felt pressured and impossible. Like many maker based businesses I was stuck in a shame loop, the phrases rolling around my head were “you are literally forced to stay home,  you should be making so many things!’ “You should be more present on social media, darn it girl, put on some pants and get on Live!”  “What do you mean you haven’t thought up five new brilliant products!  What else is there to do all day?” “You sewed once 15 years ago why aren’t you making face masks- you would make a million dollars if you just sewed face masks!”

II was very lucky (unlike so many) that the pandemic didn’t really effect my financial stability. Mr. Loot Drop has always worked from home and not much changed in his daily operations and thankfully he maintained the ability to work while sheltering in place. But like every human on the planet, our mental stability took a hit.

Ok, I am going to admit it. I spent about two or three months in bed in my PJs eating chips and binge watching old tv shows that made me happy. I don’t think I am the only one. At least I don’t think I am the only one. It was honestly the best I could accomplish at the time.  Yet, it was impossible not to feel ridiculously isolated so that led me down the dark rabbit hole of social media where I found fear, anger, conspiracy theories, and disappointment. It became very clear that Twitter would not be a social refuge in anyway. So, I decided to turn back to the one thing that has always brought me peace since I was a kid- crafting.

I never approached making with the intention of making money. In fact, I have always approached a new craft or skill with the acceptance that this would likely cost me money. That’s just how I have always rolled, I find something that piques my interest and then my obsessive personality demands I master it and own all the supplies necessary to accomplish this task.  So enter 2020 quarantine soap making. This isn’t the first time I have made soap in fact,  I have made soap off and on for about the last ten years but with the 2020 buzz word being “sanitize” and an inability to get many of even the most basic cleansing products soap just felt right, it felt good. This led to the reignition of my obsession with natural body care products. I then began formulation and devouring chemistry books and it gave me peace.

As time as passed and we settle into “the new normal” as the press is determined to call it, it has become necessary to think about the future and set new goals. Recently, I was asked what my 5 year goal was and I realized I didn’t know. 2020 has been so disruptive that I don’t know what tomorrow looks like, let alone 5 years from now. Will I ever be able to table a show again?  Will the cons survive? Who knows? But there is one thing I can control Loot Drop. Sometimes I wonder why I do this; doesn’t every small business owner? It is because I love it. I am so proud of what I have accomplished with Loot Drop and know there is so much to come.

I have basically disappeared from social for months and I know that can be alienating. I have probably lost key members of my audience and customer base but I hope if you have taken the time to read this you now have a better understanding why. Loot Drop is entering a new age. I hope its a golden age, but if it isn’t that’s ok. I am so proud of the the hard work I have put into polishing the website and a little obsessed with Mercurial. Mercurial really felt like a separate entity and I really grappled with burning the house down and starting over from the ashes. Yet, it seemed silly to ignore all that Loot Drop has accomplished and even disrespectful. The soul of Loot Drop has always been me, Danie, this company is a reflection of my passion and well, often time my passions can seem a bit disjointed and I figure that is ok. It’s ok to have broad aspirations and talents.

This is very is turning into a TL:DR but mostly I am writing this blog to say Loot Drop isn’t going anywhere.  In fact, it’s my hope that I don’t face a situation like this ever again (let’s cross fingers and toes on that), but if it does I hope the foundation laid here keeps us all moving forward.  I am so blessed to be able to make and share my art with the world and I wouldn’t change that for anything. 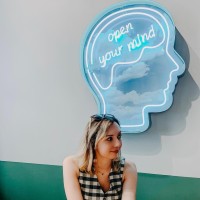 Life time lover of table top gaming and making cool things, I am the owner and main craftsperson of Legendary Loot Drop.